Tears streamed down her face like steady rain. Sorrow and despair a daily occurrence for this thirteen-year-old girl. The day before being one of the few happy afternoons in a painful life. A trip with her mother and younger sister to Orlando Sea World bringing joy, a respite to her crushing world. Experiencing happiness as they strolled the park—families of mothers, fathers, and their kids relishing the attractions. The young girl getting to pet a dolphin who had come to the edge of their aquarium exhibit. Their chatter of happiness at the attention, despite being imprisoned like a pet, when they should have been free to swim the ocean. The young girl experiencing a bond, understanding the dolphin’s torment, her own life of confinement crushing her soul.

“Why are you stalling?” yelled her father, her flashback to the day before interrupted. “Put on that short skirt and white blouse like I told you. And a little makeup wouldn’t hurt.” The man standing there, menacing and ready to strike. “Do it now or you know what will happen!”

Her father stormed out of the room, likely heading back to his booze. Drinking being the norm for the man she loathed. A creepy man who snuck into her room at night, doing awful things to her. Memories she tried to suppress. The first few times, she cried out hoping her mother would save her. But the woman the daughter once trusted ignored the calls for help. Instead, the mother using prayer in hopes the abuse to the older daughter and herself would cease. The second daughter, being younger by eight years had been spared—for now. Though, as she grew older, abuse would most certainly rear its ugly head, her older sister feared. A fate from which she wished to spare her. But alas, they would soon be separated with no way for her to protect the younger sibling.

The thirteen-year-old dressed as she was told. Loathing the outfit, hating the short skirt and see-through blouse, preferring jeans and long-sleeved t-shirt, even when it was hot. Adorned like a cheap, underaged whore making her feel dirty. On display for the creepy man who was coming to take her away to a world she was clueless about. Sold it would seem, being told she wouldn’t be coming home.

She dejectedly walked out of her room, a suitcase pulled behind her, packed earlier by her mother. She stood in the cluttered living room, her father eyeing her, a beer in his hand, his fifth of the young day. He staggered over, each heedful step a challenge for the drunk man. Leering as if he was undressing her with his eyes, he seemed pleased, patting her on the butt, an act making her cringe.

“You look hot,” he said, his beer laden spit hitting the air. “I’d prefer make-up, but this will do. Christian will be here shortly and give you a new home. He and his wife are looking forward to having you.”

The words “having you” came out slowly, a slimy creep factor in the tone. The young girl feeling the shakes coming on, not wanting to leave. Overwhelming desire to flee, fearing her father’s violent reaction if she did. Her mother walked out of the kitchen, alcohol on her breath, the five-year-old sister in her arms, the youngster with a sad expression on her face. She jumped to the floor and came for a hug, knowing her big sis was leaving for a period of time, though not being told it was permanent. The two embracing until they were pulled apart.

“I’ll miss you sis,” said the little girl, tears on her face. “Will you call me?”

Though she was certain the answer would be no, she didn’t want to upset her anymore.

“I’ll try—I promise. But no guarantees.”

There was a knock on the door, the father answering. The tanned, short Caucasian man with slicked down red hair, dressed in expensive pleated beige slacks and yellow westernshirt, stepped in. He saw the thirteen-year-old standing there, his eyes lighting up in excitement. He’d seen photos, but in person she was a dream come true. Everything he and his wife wanted to add to their household. He pulled a folded envelope out of his front pocket and handed it to the father, who greedily counted the cash.

“Val is yours,” declared the father, after confirming the amount was what he expected. “Go now girl and be friendly to the man like you were with me.”

Valerie winced at her father’s words, hating when he called her Val. After hugging her mother, she grabbed her suitcase, no words exchanged between them. More tears shed while she dejectedly walked out with the man she didn’t know, his arm on her shoulder. Heading for a depraved underground world few ever dug themselves out of. Soon to be a sold soul, caged like the dolphin, crying out for someone to release them from their abusive hell. 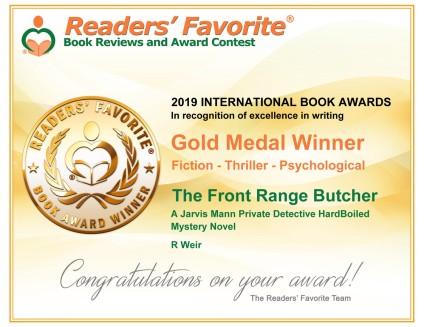