Continuing down memory road, after The Case of the Missing Bubble Gum was released in 2014, the feedback I received was positive, with a couple people telling me that PI Jarvis Mann would make for a good series. I had already worked on a concept for a second story after I had first written Bubble Gum all those years ago. The basic premise was Jarvis being approached by a female client who believes she was being stalked, but not knowing who it was. I took that idea, massaged and developed it into a full-length novel, the title, Tracking A Shadow, coming from the fact that Jarvis was trying to narrow down who the stalker was, a shadow with no face, though with several suspects. An ex-husband who had been accused of stalking her in the past, a sleazy ex-employee, and another business consultant Jarvis’ client had worked with. At first, Jarvis thinks it’s all in his client’s head until a couple of killings convince him otherwise. And when a powerful businessman, with possible criminal connections gets involved, Jarvis isn’t completely certain what is going on. The danger, twists and turns ramp up with each page, with some of Jarvis’ snarky humor to keep you entertained, until the surprising conclusion.

After much work and refinement, Tracking A Shadow was first published on Amazon on August 14th, 2014. In time the reviews began coming in, nearly all positive, mostly 4 or 5 stars, which fueled me to keep writing. Recently I expanded the availability of the book to include all major ebook retailers, with it available on Smashwords, Barnes & Noble, iBooks, Google Play and Kobo, as well as Amazon for $3.99. You can check out the book links here. Or you can purchase the paperback for $9.99 from several retailers, or you can purchase it direct from me. For those of you who picked up the book, hopefully you’ve read the story and enjoyed it enough to leave a review. 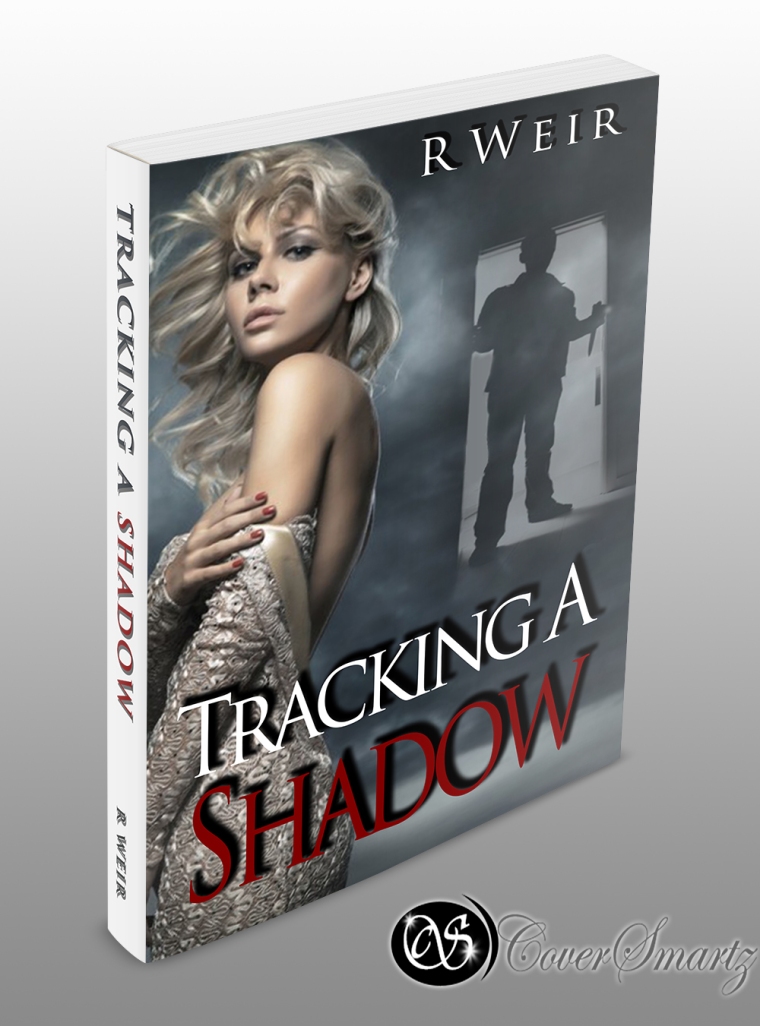 I was proud of that first novel, and with each release, I believe the stories have gotten better, with more complex and compelling plots. The latest release and seventh in the series, The Front Range Butcher, continues to get great reviews. Here are a couple of snippets from some new ones:

This has a classic crime/suspense noir feel to it and the detailing of the different cases was just right, not overdone to slow down the story, but enough that even us lowly citizens can follow along and understand. There was enough humor to offset the nail-biting moments-Uncaged Book Reviews

This is an action novel like none I have read. The sleuthing is excellent, the villains nothing less than Satan incarnate, the good guys are complex yet within the context of this story each works out their own ethics based decisions depending on all the evidence they could find to guide them. The plot is twisted and tied into knots that are gradually loosed until the story is complete. The ending is superb and again shows that the bad among us are capable of great good if only they try. I will read more by this author-Kobam

If you haven’t already, be sure to check out this well-received book. It is available on Amazon in both eBook, paperback and on Kindle Unlimited. I also have the paperback available to sell directly from me, that I would be happy to sign and ship. Just email me if you are interested, for more information.

Last month after discussing my first published work, The Case of the Missing Bubble Gum Card, I had a large bump in downloads of the free short story that started it all for PI Jarvis Mann. For those who downloaded it, thank you for pushing it back to the top of the Amazon Short Story bestseller list. The eBook is still free to anyone who missed out.

This month I was featured in the Uncaged Book Reviews magazine which you can access here. They not only reviewed my latest book The Front Range Butcher, they included an excerpt from it and did an interview. Along with myself, there are several other authors featured in the magazine, all of which who are going to the Wild Deadwood Reads author event on June 9th in Deadwood South Dakota. I will be giving away 2 free Reader Registration tickets to this event, worth $10 each, giving you access to all of the authors who will be there talking with readers and selling their books from 10AM-2PM. If you are interested in one or both tickets, send me an email or you can reach out to me via my Facebook account. I will announce the winner(s) in the next week. Besides the author signing, there are many other activities going on you can attend. To learn more about this event click the link here.

Besides Wild Deadwood Reads, I will be at Skyline Park in Downtown Denver on June 2nd, from 11AM-7PM for the Urban Market, meeting people and selling my books. Then the following day I will be in Downtown Boulder at Central Park from 11AM-5PM doing the same. I’m hoping for great weather and a big turnout. If you are in the area be sure to stop by my booth and say hi! I will be wearing my Jarvis Mann t-shirt!

If you’ll indulge me with a little personal bragging, next week my daughter Dakota will be graduating from high school and will be in the top 75 of her class of 550 students. It is hard to believe how the time has flown for us and how she has grown into a wonderful young woman. She will be heading to the University of Wyoming in the fall, to study computer engineering, expanding on my background as a computer IT person. She has made her mother and me quite proud as she moves onto the next phase in her life. 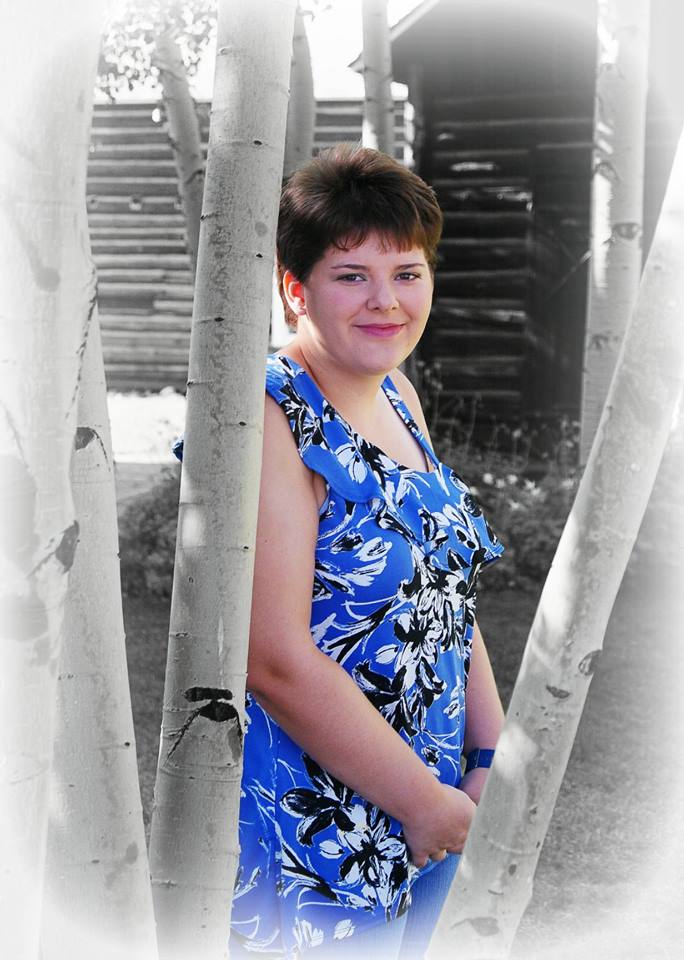 That will be all for this month. Be sure to pass onto any book reading friends of yours information about this newsletter. Anyone signing up for this newsletter will get a free eBook version of the first Jarvis Mann PI novel, Tracking A Shadow. This can be done via my RWeir website. I hope everyone has a wonderful rest of their week. Keep on reading and sharing the books you love. 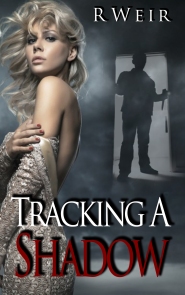 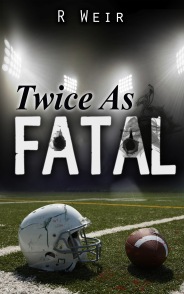 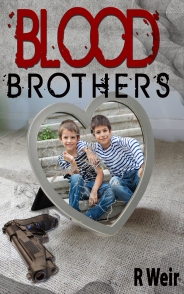 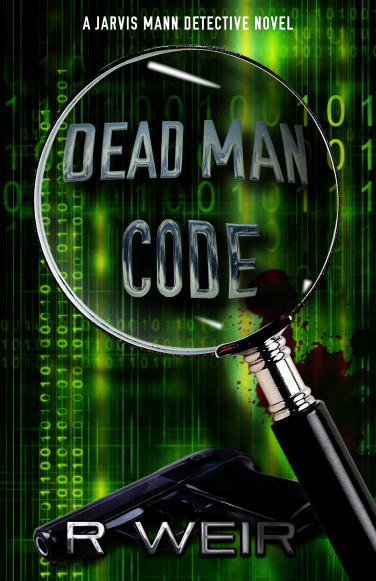